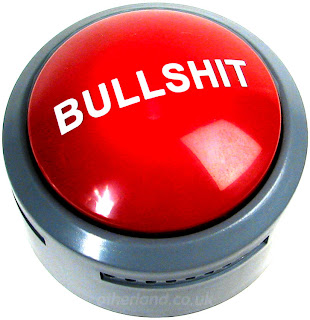 There is nothing a conservative likes to ramble on about more than the idea of fiscal restraint, belt tightening, the need to make organizations lean and mean, competitive, bang for the buck, yadda, yadda, yadda, red meat for minions, a mantra for a movement, it's how many people define themselves politically. What I find FASCINATING, how this supposed underpinning of fiscal conservatism seems to be a partisan consideration, rather than true "ideal", the reaction can go from blind fury to utter indifference, depending on the subject matter.

Today, another story on the Harper government's spending habits, wherein the consistent theme of preaching one thing to others doesn't equate to internal behaviour. In fact, what we see is the most maddening of realities, a government that has the audacity to lecture Canada about the need for "austerity" at the same time they are racking in RECORD expenditures. The latest:

The number of staff hired to advise and consult with the prime minister has grown to unprecedented levels under Stephen Harper’s watch, despite his stated objectives to cut costs and balance the budget...

The largest Privy Council Office in Canadian history, surpassing those "dirty Liberals" these charlatans used to rail against! The hilarity knows no bounds, partially rationalized in the article by personnel needed for the Economic Action Plan, which really means we needed more people for government self promotion.

Speaking of self promotion, a more powerful pattern emerges when you see the utterly OBSCENE increase in government advertising, fully THREE times that of the previous Liberal government:

In a press release distributed Thursday, the Ontario MP cites a new report which shows government-wide spending on advertising more than tripled since the Conservatives first won power, growing to $136.3-million in 2009-10 from $41.3-million in 2005-06.

Factor in many outside observers feeling this government has taken advertising to a partisan level never seen before, and you have a picture of a Canadian public taken for an expensive ride in the name of self interest. Again, austerity for others, absolute reckless spending for themselves, sheer hypocrisy, a word that is over used but entirely warranted in this instance.

This government has increased spending in the Prime Minster's Office, they have a record staff in the Privy Council, they're off the charts when it comes to self promotion, no matter which measure you choose, there is simply no evidence of personal "austerity", rather that of people out of control, acting with impunity, shafting taxpayers for naked self interest.

And yet, Jim Flaherty can lecture the world on the need for austerity, Stephen Harper can STILL solicite donations from fiscal conservatives, the Conservatives can STILL get on their soapbox and speak with CONVICTION about protecting the taxpayer. A more amazing spectacle, you'll rarely see.

Every day I'm more & more ashamed to be a Canadian

And this abuse of power never seems to make a dent. As far as I'm concerned this advertising budget spending rivals anything I've seen, ethically it borders on criminal.

Pfft. Not a single non-hypocritical word has come out of this man's mouth in months. Just this week he is off about foreign money in the opposition to the Northern Gateway Pipeline and about not getting involved in labour disputes between private companies and their unions. I don't think this government would recognize the truth if they found it in their porridge

Porridge? Isn't that what they feed the poor?

Wonder if the Harp-ocrit recalls how much foreign money poured into his party in support of killing the gun registry? True hypocrisy.

The funny thing about all the commercials is that this is exactly what the Ontario Progressive Conservatives did in Ontario under Mike Harris. I remember one of Harris telling us about the importance of shutting down hospitals because of all of the empty beds. No surprise that they would do this federally.

It's called 'sense of entitlement'. Liberals did it, so Conservatives get to do it as much as they like as long as they like and that's just fine with their supporters who have never yet be upset about any pork barrel, corruption or erosion of democracy instigated by Harper and co. It comes from Alberta probably, since they have a governed a one party state there on behalf of big oil, essentially since they turned the Socreds into a standard issue con party. They want one party rule over Canada in perpetuity.

And where, might I ask, is the howling OUTRAGE!!! of the right-wing "minions" of which you speak?

As much as I despise the rank hypocrisy of politicians, what's even more contemptible is that of their partisan supporters.

Funny that all the otherwise furiously indignant bloggers of the Torysphere are silent as little lambs when so-called "conservatives" are in power pissing away public money on self-serving propaganda.