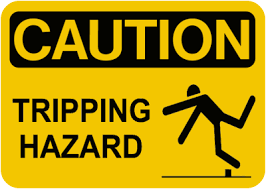 While one party offers a feel-good holiday, John Tory kicks off his campaign by offending people:

He says he meant nothing by it, but John Tory's reference to the University of Ottawa as "the U of Zero" could add up to a whole lot of trouble for the Ontario Conservative leader come election day.

In a 16-second video uploaded onto YouTube yesterday, Mr. Tory is shown chatting with a young man as he canvassed door-to-door in the Toronto riding of Don Valley-West. The man tells him he is a student at U of O.

"We used to call that U of Zero when we were there," Mr. Tory says. "Did you ever hear that, when you're there?"

"You expect more from a leader than a flippant comment," said Jim Watson, Liberal MPP for Ottawa West-Nepean.

Mr. Watson said the derogatory nickname is not reflective of the school's reputation.

Not quite the successful start the PC braintrust envisioned. Alienating potential voters, moaning about a holiday, guaranteeing a day of negative press, John Tory is on a early roll.

It seems pretty clear that he was joking around with the student. I hate all this 'gotcha!' stuff.

Watson went to Last Chance U though, so can we really trust him?...

Hmm.. that wou;dn't be referring to a University down in my neck of the woods, would it Jeff?

Not unless you've moved to Ottawa Scott as Jim Watson, like myself, went to Carleton.

It's true that as a Carelton grad Watson may be a bit biased. After all, If Ottawa is "University of Zero", doesn't that kinda make Carelton "Negative 5 University"?

This isn't worth the ink it's printed with, imho. This is just good-natured ribbing between Universities in Canada that happens ALL THE TIME, and will be particularly evident this week at Frosh Week events across the country.

Some faves from my time at Queen's would include the old standby (not even funny anymore, frankly) "Western? Isn't that an Omlette?" and often used jokes (insert whatever rival school you like) like, "Friends don't let friends go to Carleton", or "'Tis better to have failed at Queens then to have graduated from Western". Back when Queens and McGill were in the same football division, the annual game against the Redmen was universally refered to as "Kill McGill" with t-shirts showing the word McGill riddled in bullet holes. At McGill, they have burgundy and white t-shirts with the Harvard coat-of-arms that say "Harvard: America's McGill". I'm form Kitchener, as my name implies, and actually went to Laurier, and I can tell you that U of W students commonly refer to WLU as "the High School down the street". Even as an alum of WLU, I laugh at that more than cringe. This is all good-natured, encourages healthy rivalries, and as I said, UNIVERSAL.

I'd say the REACTION to this is much more embarassing than what Tory said. Someone just should have made a similar joke about U of T or York (where Tory went... I know "York Schmork" is a popular t-shirt...) and moved on.

As I said, IMHO, this story isn't worth the ink it was printed with.

Nor was the puffin story worth the ink, but boy did our lazy, storyless less than good journalists may hay with that one.

I guess we should call him "Sorry Tory" - he's done dumb things before - ya, that ad he approved making fun of Chretien's paralysis in the face was one of Tory's great moments wasn't it?

Actually, Jeff... The Univ of Windsor is often referred to as "Last Chance U" by some of the folks down here

You're probably right, and if Tory had anything positive to say, on any subject, I might feel bad for him. Thankfully, Tory is the master of exaggeration to score low-brow points, so maybe it boils down to bad kharma.


We always referred to Brock as last chance u.

I don't think it's the stuff of outrage, but he's not making smart moves. All negative all of the time, plus the school issue...not a good start.

Okay by me. It's demonstrating a lack of judgement that all of his supporters seem to attribute to him.

McGuinty's not done everyting right, but I do not want Tory.

Highlighting the faith-based school issue, in such a prominent way is a reflection of "lack of judgement". How anyone can conclude that issue is an electoral winner is beyond me, as a tertiary point okay, but front and center, foolish.