The NDP have "clarified" Mulcair's stance on marijuana. It's a bit of sad update, only the most hardened partisans could spin this "progressive":


The New Democratic Party is trying to clear the air on leader Tom Mulcair's position on pot after the Young Liberals, hoping to score with younger Canadians on a day celebrated in marijuana culture, questioned his commitment to decriminalization. Mulcair had created confusion about his party's position on March 18 when he said decriminalization would be "a mistake" because of the health risks associated with marijuana currently on the market. But NDP spokesman George Soule said Friday that Mulcair was actually talking about legalization and said the NDP leader doesn't believe anyone should go to jail for possessing a small amount of marijuana. Mulcair has also suggested having the issue reviewed by a royal commission.

This guy really is a Liberal! And watch how nobody cares, so long as it's orange instead of red. 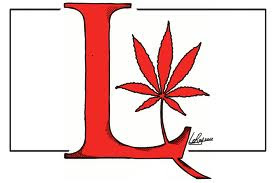 I spent the day at the Vancouver celebrations, at the young liberal booth handing out bags of lays with mulcair quotes taped to them. Perhaps the most favorable public audience for the liberals I have yet found

I am sure that most NDP MPs support legalization.
Just how it will be done, I have no idea.
It seems rather complicated in terms of growing, distributing and importing.
Will it just be available in supermarkets?
If it's smokable, will it be closted like cigarettes are.
Will brownies be sold in the bakery section?
What about places where it is grown?Apparently the houses of grow ops have mould and mildew problems,etc.
Will the6re be certified organic and not certified?

It is not a matter of if marijuana will be legalized but when. I am betting that it will happen sooner rather than later. In a few short years, Latin America has gone from having former politicians musing about legalization to sitting presidents all but putting it onto the political agenda. Cauldron is about to loose the Mexican election because of his hard line stance. This is turning out to be the straw that broke the proverbial camel's back. In Latin America not only is the war on drugs a disaster from a policy viewpoint it is looking like a political looser and politicians throughout the region are taking notice.


At the summit of Americas recently, Latin American leaders all but told Obama -- and Harper -- that the situation is so dire that years of America being able to force Latin America into line through carrot and stick is rapidly coming to end. Their firm tone explains Harper's remarkable -- albeit momentary -- climbdown. "I think what everybody believes and agrees with, and to be frank myself, is that the current approach is not working, but it is not clear what we should do.”


In North America, a prohibitionist stance, is, of course, still a viable political stance. However, the legal legitimacy of those laws is rapidly being called into question in Canada. This is especially so in BC where the entire political establishment is rapidly getting on board with legalization. Stateside, the success a referendum question coupled with the mushrooming industry connected the "medical" marijuana is sure to spell an end to prohibitionist era in the States.


However things rap up, the position of the NDP and Conservatives, insure that Canada will be woefully unprepared when it does happen.

I don't see why marijuana can't be handled the same way alcohol is in Ontario, sold at designated stores. A pot section at the renamed liquor store, it really is that simple.