When the latest Nanos poll came out showing a resurgent Liberal Party, it showed a strong uptick in Ontario and British Columbia.  Strangely absent from the Nanos Trudeaumania party was Quebec- numbers essentially flat -which I found a little odd to be honest.  However, along comes the Quebec "gold standard" poll CROP and we see the Trudeau effect, the Liberals stunningly surge to first place in the province:


Justin Trudeau led Liberals emerge from the abyss it reached the last federal election. At 36%, he would arrive first in Quebec, the NDP (30%), the Bloc Quebecois (19%) and the Conservative Party (11%).

Without Trudeau the Liberals are at 20%, an uptick from past polling, but he brings an additional 16% when his name is attached to the brand.  What is perhaps most concerning for the NDP, Justin isn't an unknown in the province, the same previous arguments I made for Liberal concern with Mulcair's popularity can be applied here.  In other words, shiny new toy doesn't quite digest where Trudeau may stand in his home province, Quebecers know him, they know him well.  A snapshot in time, many assumptions made, Trudeau isn't leader of anything at the moment, but still, the polls do show Justin is a potential game changer in every sense of the word.

The three most important provinces in the next election are unquestionably Ontario, Quebec and British Columbia.  The fact that we now see interesting evidence of a Liberal wave in all these provinces, simply seismic.   These numbers will only solidify Trudeau and bring more support within Liberal ranks, everyone loves a messiah!  For other leadership contenders, the gradient gets more daunting, the perception becomes reality, Trudeau is a rock star.

As the dust settles on McGuinty's shocking resignation announcement, the pungent stench of his prorogation decision remains.  It is unclear if there are long term ramifications for a clearly unpopular move, particularly with a new leader coming, the Liberals may be able to bookend the whole affair.  That said, with many potential successors defending the decision, this prorogation could haunt the Liberals moving forward.

About the only notable Liberal I've heard come out strongly against this unnecessary prorogation is Gerard Kennedy.  I've heard a few commentators float cynical motivations, but let's not forget this is the same person who went to Bob Rae during the 11th hour when everyone knew Ignatieff had it game, set and match, only because he felt democratic expression was a casualty.  In other words, Gerard Kennedy tends to lead with his principles first, political calculations second, I take his words as sincere concern.  Within that vein, the fact Kennedy remains a lonely voice questioning the wisdom, disappointing, considering many Liberals went apocalyptic (self included) when other governments have abused prorogation.

Liberals can split hairs and offer various justifications to distinguish this particular prorogation.  Of course each instance is unique, and perhaps in terms of degree the Harper Conservatives have no peer.  However, there are some fundamental points that remain, the same ones federal Liberals RAN on in the last election, the same basic tenets we got red faced about when our political rival shut down the democratic process.

McGuinty's decision reduces the Ontario Legislature to a body which serves at his whim, forever secondary to the personal machinations and political ambitions of the Premier.  Perhaps the system is set up as such, but the way government's now use prorogation a complete bastardization of original intent.  The work done in Committee's, the policies debated, the laws working through the process, all these things are BIGGER than the Premier.  Ontarians have elected representatives who are now rendered impotent and irrelevant because a man took a walk in the snow and sees no political advantage to let democracy breathe.  How can any democrat remain silent on this front, how can we rationalize further decay that confronts notions of egalatarianism and confronts the people's voice?

McGuinty made a very astute and sound decision to resign at this time, there is no question in my mind his regime was past its best before date.  There are many things the McGuinty government did that people can be proud of, but all that is sullied with this final decision.  McGuinty leaves with an air of arrogance, real or perceived irrelevant, prorogation roundly unpopular.  McGuinty has given rivals the high ground, while simultaneously leaving other members of his government offering the lamest of excuses to justify.  As well, federal Liberals are left running for the exits, not wanting to confront the naked hypocrisy that surely exists the moment they comment on this particular prorogation.  I can only imagine the contortions the next time Harper prorogues, neutered Liberals are lost.  In fact, this whole affair makes one wonder just what all the kerfuffle was about, all the speeches, the indignation, the holier than thou rants about supremacy of Parliament, the people's will, the business of the nation, blah, blah, blah.

In the final analysis, the selective outrage is perhaps instructive when trying to ascertain why Liberals currently sit where we do.... 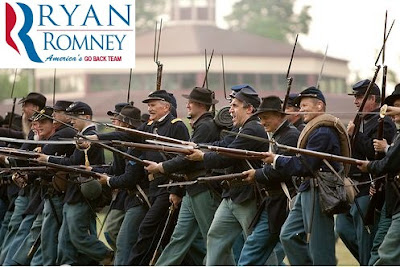 "We have these things called aircraft carriers, where planes land on them,” Obama

I'll simply go back to my post this time last year, that was openly ridiculed.  Knowing when to leave, on  your own terms, appreciating the true landscape, is a rare trait:

McGuinty Should Step Aside

Pay Little Attention To The Pundits On Trudeau

Well not all of the pundits- some actually have a healthy nose for the street- but in general the commentary is self indulgent blather that offers little in the way of true guidance as to ultimate success or failure.

Here is what we know to date, much of it instructive moving forward.  As  Susan Delacourt points out, the hyper coverage surrounding Trudeau isn't media driven, it's audience driven, Justin sells copy.  This acknowledgement is of no surprise, particularly for Liberals who have used Trudeau as a primary fundraising vehicle for some time now, Justin brings in the people.  Further evidence of this fact this week, the Trudeau campaign roll out has featured packed houses and overflow crowds.

There is a unique attractive quality to Trudeau which conventional wisdom doesn't quite compute when opining about "must do's".  In other words, talk of "coronations", "messiahs" hurting Liberal fortunes are really irrelevant, Canadians ultimately could care less about process, so long as they find the end product attractive.  Truth be told, most Canadians aren't intimately knowledgeable about past Liberal transgressions, put a fresh coat of paint on and a new face with appeal, nobody will devote ten seconds to discussion about a short circuited leadership.   The leadership race is important because we deserve a healthy debate about ideas, we deserve to see Justin put through his paces and ascertain fitness. But, ultimately, when the dust settles, it will matter not to the general public how we arrived at "Liberal leader Justin Trudeau" when it comes time to vote in a general election.

Quite a bit of surprise at a poll yesterday which shows the Liberals under Trudeau rocketing to 36% support nationally, even more double takes at the Liberals over 40% in Quebec.  Anyone expressing shock has failed to acknowledge a core underlying narrative in Canadian politics, one that has existed for years.  Canadians YEARN for something different, we CRAVE anything that resembles a departure from politics as usual, our INDIFFERENCE is really a testament to DISGUST.  Within that vein, I am not surprised in the least Trudeau fires up Liberal numbers, particularly in Quebec have we not just seen how the electorate desires a changed landscape?   Perhaps we can argue an empty vessel at this point, we can scoff at superficial reactions, but to do so forgets other "waves" and the simple mechanics that create them.  In other words, let us not get lost in advice from the political class, it rarely sees any swell coming because it is detached from the subject matter.

Nobody knows if Justin thrives or dives, he will be the master of his own destiny.  That said, it is important to pierce through the likely daily dissection of every machination, there are underlying drivers which will trump over reactions and irrelevant concerns.  The Canadian political climate is ripe for a new movement, particularly younger demographics, the current malaise a testament to a failed status quo.  Should people find something to cling to, under the added bonus banner of good looks and charisma, so be it, it surely wouldn't be the first time such a manifestation has brought electoral success.

Trudeau Swims Into A Superficial World

Much of the Justin Trudeau chatter amongst the "political class" is focused on the style vs substance question, pretty hair meets concrete policy.  While I completely agree that Trudeau must demonstrate some policy chops- particularly on the economy- I find the discussion a bit detached from reality, even more curious given past experience.

Begin with a simple fact: Canadian politics are as deep as a bird bath, packaging trumps substance every single time.  Political geeks may yearn for depth, but what is presented to ordinary Canadians by political parties and the media that covers is largely simplistic, superficial, soundbite, catchphrase TRIPE.  To then demand serious policy wonk articulation from Trudeau is to forget the current climate, which is why I find the "bar" being set for success an esoteric discussion, with little relevance to real world Canadians.

Trudeau must articulate a vision for Canada, Trudeau must have an economic agenda that comes with appeal, Trudeau must look competent and display leadership qualities.  Beyond these generalizations, perhaps superseding, Trudeau must be packaged and sold, like a commodity.   Today, I hear soundbites from Trudeau's speech last night, a snappy line all that is required to convey a positive tone.  Trudeau loves Canada, delivered with authenticity, right there a passing grade for an introductory speech, if one incorporates all the other intangibles that make Justin attractive.   The Conservatives have mastered the 5 second soundbite, facts and stats secondary, so why then do pundits look for something deeper when analyzing Trudeau's "challenges"?

We currently have a government in power that has ran on a couple banner ideas, marketed like a product, tight messaging, repetitive themes, all within the domain of that film that resides at the top of any pond.  Nobody gets their hair wet in Canadian politics, in fact it is dangerous to offer in depth policy, it allows for retort, attacks, much better to run on hope and slick packaging.  Again, we political geeks may hunger for more, but the reality is all this talk about Trudeau needing to display great policy depth is pure bunk, cobble together a generalized vision, offer up some detail in a "red book" and sell it.

Above all, whether Trudeau succeeds or fails will depend on his ability to CONNECT.  Within that reality, how the Liberal team sells the man, how it packages the general vision, how it creates a constituency that ultimately brings success, both in terms of leadership and potentially beyond.  If Canadians like Justin, it will be more important than deep intellectual arguments concerning substance.  Not a statement on right or wrong, just a recognition of the modern political machine, which also understands there is much to "work with" with Justin Trudeau.