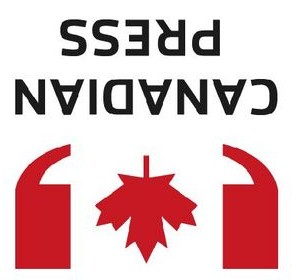 Mission accomplished Canadian Press, you've generated that elusive "buzz", with your "controversial" decision for Newsmaker of the Year.  I'm sure someone around the decision desk brought up the absolutely dreadful optics of giving a depraved killer exactly what he yearns for, ATTENTION.   But, that common sense was obviously trumped by the misguided desire to turn heads with this "edgy" selection.

The Canadian Press have divested themselves of any sense of responsible journalism, in the name of attention grabbing consideration.  In so doing, CP has made a mockery of the tenets the organization supposedly lives by.  CP has provided Magnotta with the greatest Christmas gift his demented mind could possibly hope for, that the organization must know this, what makes CP's decision all the more scorn worthy.  An attention whore names an attention whore Newsmaker of the Year, perhaps fitting in the end...

In fairness, as has been mentioned on da twitter, CP simply canvasses Canadian newsrooms and tallies the results.  It is still their survey however, and their methodology for the choice.

There are plenty of conflicting messages swirling around the Liberal Party.  There is also a tension for Liberals moving forward, between sober realities and game changing possibilities.  One school of thought argues Liberals have to rebuild from the ground up, accept their third party fate and rebuild the brand with a long view.  The other view sees unmistakable "buzz", largely as a result of Justin Trudeau, and can't help but incorporate the x factor into the equation.  While I intend on remaining neutral in this Liberal leadership, I also think myself an utter fool to not acknowledge the Trudeau effect on Canadian politics.

Another poll out this weekend from Leger, putting the Liberals in a tie with the governing Conservatives should Trudeau take the helm.  Trudeau pads Liberal numbers a full 13% nationally, 11% in his home province.  The Liberals take votes from all quarters, but the NDP suffers worst, there is simply no denying a seismic shift with Trudeau at the helm.  Perhaps more intriguing, with the recent "gaffes" incorporated, we see no discernible support erosion,  a testament to voter disinterest and a measure of superficial calculations.   Polls are "approach with caution", of that,there is no doubt, but to ignore is equally flawed analysis.  Truth be told, the Trudeau tease very much puts the Liberals back in the political conversation, to the point a return to power looks attainable.

Beyond the polls, a more important indicator for Liberals.  People actually go out of their homes and attend political gatherings if Justin is present.  Liberals have understood this for years, Trudeau is possibly the biggest single fundraising draw we've had, he's been sent everywhere and back to drum up support for a languished brand.  When you factor this enthusiasm into potential election volunteers, you can equate a formidable force, which needs to be understood and digested.  For all the organization problems the Liberals have, much can be overcome if there is a draw which brings in new, energetic blood.  As well, I recall ZERO organizational strength for Dippers in Quebec, a testament to the power of political waves usurping traditional calculations.

This leadership race is shaping up to be an interesting affair, I'm quite pleased that real issues look poised for serious debate.  I like several quality candidates, there is a genuine appeal that could well win my support.  However, there is this overriding shadow cast by Trudeau, for the simple reason that there is an almost phenom quality, impossible to fully ignore....

Plenty of ink and conversation revolving around the merits of co-operation amongst the opposition parties.  As well, talk of which parties are truly "left", "progressive" and how any party overlap would truly deal with vote splitting.  While I support the idea of co-operation in principle- primarily because it at least acknowledges the current system favours the Conservatives, despite limited support- it really is nothing more than a half measure in the final analysis.

Joyce Murray has brought co-operation into the Liberal leadership race, akin to Nathan Cullen in the NDP race, perhaps an irony not yet digested.  The Greens are fully on board with co-operation, as Elizabeth May has recently reiterated.

Murray cites the impetus as a need for "like minded parties" to come together, have a runoff of sorts and let the winner then stand against the Conservatives.  However, there is a fundamental contradiction in all this "like minded" talk, namely, it suggests synergy, commonality, shared values and goals.  Murray sees progressives coming together, yet still within their own factions, only to then pick one and envisions everyone working behind said individual.  I call that a normal PARTY nomination, in fact Liberals are quite used to competing visions duking it out in the "primary", then rallying behind, DESPITE differing visions based on results.

There is a very clear end game to all these co-operation machinations.  If only truly believes progressive forces are divided, there is this "like minded" demographic currently fractured, then just get on with it and physically become one entity, rather than this bastardized acknowledgement of affinity, yet some symbolic retention of tribal colours.  Politics forever involves compromise, we see this daily as party's ebb and flow with different leadership, all partisan adopt a pragmatic tone to reconcile wavering identity.

Here is the bottom line, dippers will proudly recite all the provincial NDP governments as PROOF socialists can govern effectively.  Trouble is, not ONE provincial NDP government has governed in a socialist manner, every single one is centrist, some bordering on corporatist, some blue Liberals for cripes sake, if you take their legacies in totality.  If anything, all these NDP manifestations that have actually governed serve as proof the far left disappears the moment one is forced to attract widespread support.  We see this reality right now federally, as Tom Mulcair moves the NDP to the center in an effort to capture ultimate power, it's a political necessity, yet partisans will remain steadfast no matter.

As well, Liberals seem to have no problem getting behind a true left of center leader like Dion, as well as a borderline liberal like Ignatieff.  Liberals compromise personal perspective in the name of the "big tent", which really is a testament to "like minded" people entering a coalition of sorts.  The very fact Liberals are currently "finding themselves" through this leadership race a testament to just how malleable our identity.  Also noteworthy, Dion can speak at a Green Party convention, be well received and nobody follows the logic to obvious conclusion.

I don't believe a merged party translates to simply adding up the math of the various opposition parties, that adoption would bleed some support elsewhere, no question about it.  However, it is also true that had Joan Crockatt faced one opponent, she would have lost, I believe that in my bones.  At the very least, even the cynics must acknowledge the odds are improved with consolidation.

Joyce Murray propose co-operation in a limited number of ridings.  While I support any effort that confronts political silos, unless the concept has full adoption, it will allow special interest manipulation and undo the spirit of the plank.  Again, when we move to the end game, any usage of "like minded" denotes a commonality that can be cultivated into a new entity, which is a compromised manifestation, not much different from current "progressive parties".  It would appear co-operation is nuanced enough to make it palpable to partisans.   But ,really once the process reaches conclusion towards a single candidate, partisans then rally behind, work together, we see the tribes further exposed as ultimately unnecessary.  In fact, the end result of the co-operation angle is no different than what happens in every single riding, for every single nomination meeting, within every single individual party.