A well placed source, deep within the bowels of the Liberal inner sanctum, has provided me with the following which serves to confirm the rumors: 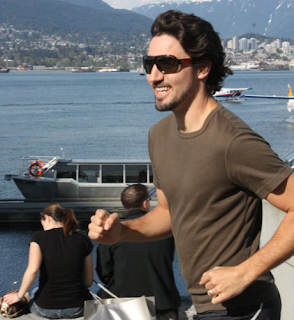 Of note, the above shows no visible signs of photoshopping. 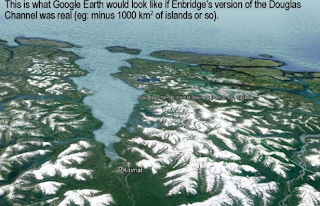 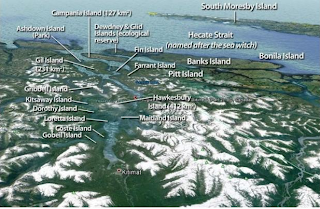 How can anyone believe one word of assurances from these people when they can't even show the slightest honesty in their portrayal?  I fear Enbridge.

Is Canada A Failed State?

The mere mention of tinkering with the Canadian Constitution generally brings shrieks and dismissals.  A posture borne from past experience, suggestion of reopening seen as reckless and dangerous.   I don't want to rehash all the sound arguments for not revisiting- I appreciate the history- but at the same time this position is also tantamount to endorsing a stale, outdated status quo, basic acceptance of a forever flawed country.

There will never be a "good" time to reopen the Constitution, which means Canada is essentially stuck in time, we can never modernize or update, evolve or become contemporary.  No, the cautionary disposition amounts to paralysis, as well as an admission that the current amending system is unworkable.  As an example, have a discussion of the role of the monarchy and the bottom line always becomes, "well you can't change it anyway".

Re-opening the Constitution is seen as potentially breaking up the country, again the historical context a clear illustration.  However, I would submit that the country is drifting apart anyway, rather than the sound and fury that accompanies cconstitutional wranglings, we have the "slow burn", almost imperceptible, but with the perspective of time, the drift is quite clear and equally alarming.  Canadians simply don't discuss what type of Canada they want for the future, we simply let sleeping dogs lie, which allows for a delusional sense of calm.  Support for separation in Quebec is low, and somehow that equates to a strong federation, when really disengagement and narrow regional perspectives have probably never been more pronounced.  Factor in increasing agitations elsewhere in the federation, outright acrimony and disdain for our fellow Canadians, and I believe the calm in Canada is a mirage, reality is uglier and alarming.

I read some comments from Danny Williams, in relation the current pipeline battle and the larger question of maximizing benefits for ALL Canadians, a more unified approach and shared perspective.  Are we all in this together, or is this country merely a series of fiefdoms that actually sees other Canadians as "them" in a sense.   Unfortunately, this national pride we feel at events like the Olympics gloss over regional dislikes and outright disdain, perhaps we can work together beyond sporting events.

Anyone who lives or has lived "out west" can appreciate the regularity with which you hear eastern bashing, almost required articulation, identity through mutual dislike, the psychology is fascinating.   The reversal is also true, to the point of almost universal animosity, bashing is national past time, finding commonality through a common "other".   A gigantic geographic country requires many tethers to maintain cohesion, and yet the current set up demands Premiers create outside threats to solidify their own base, slagging Ottawa a primary political tactic to garner approval.  Without a strong national counter, things are out of balance and you have a country which is a bit of a fraud when you appreciate the real animosities that exist and persist.

It's about time some entity articulates a national discussion, Canadians desperately needs to speak about our common vision moving forward, there is a fundamental vacuum which needs a champion.  Rather than ignore the situation, balk at any suggestion of modernizing the federation, we shouldn't fear a philosophical debate that speaks to the nature of a society.  Either we revisit, or we are forever shackled in a suspended state.  To ignore is to watch the country drift further and further apart, until we reach a state where affinity is a quaint ideal, but practically a thin veneer.  To my mind, there is just as much "risk" to the federation with the status quo, as there is with challenging current mindsets and allocations.