Various arguments floating around SunTV and its attempt to secure mandatory carriage.   There is the obvious hypocrisy, given past statements about said mandatory carriage.  As well, there are philosophical arguments about corporate welfare, the need to move away from the traditional TV fee model, not reinforce it here.  What is mostly missing from the discussion is the single biggest issue to my mind, the fact SunTV is a "arm" of a political party, it is unabashed in its political leanings, which makes the idea of forcing its views on everyone completely offensive and patently obscene.

The Canadian right wing has adopted the American mantra of the "left wing media", like most buzzwords an imported affair, a simple copy and paste mentality.  SunTV is a response to this perception, its very zenith assumes we need a counter to the heavy bias currently present.  However, when one peruses the "targets", we find an entirely different presentation than SunTV, at every turn a sense of balance.  The hated CBC Newsworld loves their Tom Flanagan's. Kevin O'Leary's, their signature commentator Rex Murphy is anti-climate change, taken in totality you can credibly point to all sides given voice, on almost every issue.  As a matter of fact, both CBC and CTV bend over backwards to provide balance with their panels and commentary, to the point of passive media, a development not necessarily evolutionary if one subscribes to facts taking prominence over diplomatic nicety.  In other words, one can credibly counter the bias claims from the right wing, in reality these accusations don't equate to real world expressions, if taken in totality.

SunTV doesn't attempt to find balance, it is bold and unapologetic in its leanings.  This stance is fine, advocacy is acceptable and necessary.  However, when we move from expression of a political view to the idea that all taxpayers should support a particular bias, actually fund what amounts to propaganda, the CRTC has no choice but to reject such an affront.  The SunTV lineup is a nightly buffet of conservatism, there is no grey are, apart from token examples, the network is conservative and nobody disputes this fact.  If there is consensus on this point, then the idea of mandatory carriage is fundamentally ridiculous.   While there is a certain ambiguity about other news networks, SunTV is defined, it is a vehicle, its modus operandi is to promote the right wing ideals.  This assertion isn't made up or contrived, it is simply regurgitation of what original proponents argued to justify the network's presence, their own words betray the calculations and inherent bias.

As I write, right wingers are being urged to contact the CRTC and push for mandatory carriage for SunTV.  Should the CRTC actually grant SunTV this status, it would represent a complete bastardization of their mandate, it would equate to the lowest moment in its existence.  At the CORE, the CRTC would be validating the idea that the state sponsors narrow ideological expressions, it funds self interested propaganda.  SunTV isn't like the other news networks, to make the connection relies on a lazy superficiality under the "news" banner, any depth at all reveals an entirely different animal.  This "decision" by the CRTC should be an easy one, should it decide to force SunTV on all of us, it would lose any sense of neutrality and its credibility will be in question. 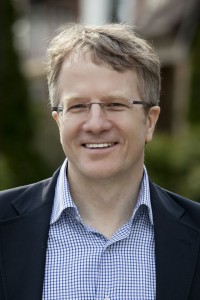 Today I submitted my intent to be a delegate for Gerard Kennedy at the upcoming Ontario Liberal Leadership Convention.  Hopefully I will get the opportunity to support Gerard in Toronto later this month, because this is obviously a critical event that will impact Ontario's future.  Reviewing all the contenders, it is clear there are plenty of people with impressive chops, I'm sure the decision process isn't easy for most and I see a myriad of possibilities unfolding at the Convention.  However, for myself, Kennedy is the clear choice, both in terms of political leanings, as well as important strategic considerations, fully realizing the daunting task Ontario Liberals face moving forward.

When Premier McGuinty prorogued, most Liberals stayed silent, the decision put many in an awkward position.  One of the few internal voices to openly question and criticize the decision, Kennedy did what he always does, follow his moral compass.  Pundit Andrew Coyne wondered if this criticism of prorogation was genuine or political, Kennedy simply trying to distinguish himself.  A fair question, and had we not ample past evidence to the contrary, perhaps true.  However, Gerard Kennedy has risked his narrow political interest before, in the name of a larger sense of duty, a rarity in many respects.

People may recall that when Michael Ignatieff seemed a complete LOCK to succeed Stephane Dion, Gerard Kennedy basically sabotaged his own self interest in the name of democratic principle.  The dye was cast, Ignatieff had assembled formidable support- no matter the process I saw him as inevitable, as did most- and yet at the 11th hour Kennedy stood with Bob Rae to challenge the truncated process.  Most reasonable observers realized the fight was over, and yet Kennedy made noise, moved to what amounted to a sinking ship in Rae, because he felt it was the right thing to do.  Critics can mock the lack of strategic consideration, I admit I was stunned as well, and yet there was something endearing about a truly principled politician, risking alienation and handicapping his own fortunes because Kennedy simply believed in what he was doing.

Kennedy is a true anomaly in Canadian politics, these traits would translate to an excellent Premier that can regain the respect of the electorate and put a polish on a tarnished brand.  I admit, I don't think many Liberal partisans quite digest the gradient ahead, the odds clearly favour future defeat, to not see this reality is to delude.  With this stark landscape in mind, simple tinkering won't do, the Liberals need someone with some distance from the current baggage, as well as someone with a past conducive to healing wounds.  The Ontario Liberal coalition is falling apart, anyone with a doubt need look no further than the recent by-election in Kitchener, which to my mind serves as a microcosm of the problems faced.

Kennedy had a great relationship with the teachers during his stint as Minister, his record is clear. People need to remember this fact moving forward, because past support has been a key winning constituent for many reasons.  In a larger sense, Kennedy is removed from "death by a thousand cuts" scenario that currently plagues the Ontario Liberals.  What the party desperately needs is a distinct change in direction, Kennedy best suited to bring that, former insider now turned outsider, only he can credibly break with the legacy.  Of course, all candidates can create a new atmosphere, give Ontarians a new face, new arguments, a new platform, but Liberals must remember they face a cynical electorate and should choose wisely.

Kennedy is honest.  Kennedy is a true progressive, decent, hard working, earnest and attentive.  Kennedy is also intelligent, articulate and compassionate.  Kennedy has his own baggage, but important to remember some of the mockery amongst political class stems from simply following his reform pursuits, going where he sees most potential, no matter the strategic consequence.  Isn't that ideal what we desire in politicians, aren't we sick of slick calculations, narrow self interest trumping a higher "calling"?

Above all I support Gerard because I respect Gerard, truth be told I probably wouldn't have joined the federal Liberals had it not been for his enticing candidacy.  Ontario Liberals now face a choice, does their arrogance assume minor tinkering and a quick buff job can regain voter trust, or do they realize that we live on borrowed time and require a true reboot in every sense of the word to re-engage credibly.  If you understand the latter, then Gerard Kennedy is hard to ignore.