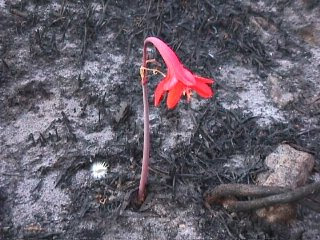 For a party desperate to stay on the political radar, the notion of "intense debate" is an underlying must. Ideas that challenge the status quo particularly attractive, not just in the name of change for change's sake, but as a vehicle to get juices flowing, to engage and fight for something beyond "hope" and external possibilities. If the Liberal Party is going down, far better to die on it's own terms, rather than remain committed to safe positioning, left to wait for others to provide inspiration.

In a wider sense, times of stark realities often bring the greatest clarity. The frustration for some of us, waiting to hear words which acknowledge an objective desperation, and then speaking from this vantage point with tones that aren't comforting, but naked in their honestly. This weekend Mr. Rae seems to have reached that point, and in so doing just might have provided a "moment" we look back on as the true beginning of real reform. Like a breathe of fresh air, Rae essentially takes on the Liberal Party, armed with internal suggestions, concepts and ideas that threaten fiefdoms, entitlements, go after the never ending PROCESS discussions that PLAGUE the Liberals and needlessly waste energy on internal machinations.

I mostly loathe the Liberal constitution, any measure to pare it down is instantly appealing. I can't stand a Party which has created so many levels of ever narrowing regional elitism it has become a exercise in self importance, rather than a "movement" of any kind. I absolutely abhor the way riding associations become esoteric playgrounds, essentially undercutting new ideas as a perceived threat to established norms. Finally, a sense that Liberals are prepared to take on their own culture of entitlement, in a way that doesn't necessarily require agreement, but is fundamental and meaningful, to the extent it generates some PASSION.

Rae's words, this "white paper", a real discussion begins, something that suggests you want to part of it, something that says the status quo is already dead, so where do we go from here. This encouraging mentality is the necessary underpinning if truly meaningful change can occur, of the sort where the average Canadian sees a entity that is "street" in nature. Forget the NDP imploding, forget Canadians tiring of Harper, the only job for Liberals is to ensure we are so interwoven with Canadian sensibilities, armed with a compelling vision, free and open to all, that when the time comes, if it comes, we are the alternative. For the first time since May 2, we have evidence that from the ashes something new and potential exciting could flourish...