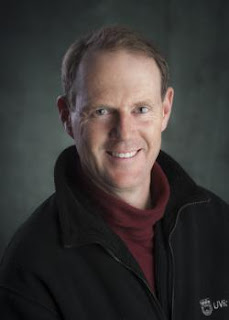 In doing some research on Paul Summerville, one common thread emerged from his proposals and ideas, a distinct egalitarian flavour woven within. In running for Liberal National Policy Chair, Summerville seems to find his inspiration from the concept that policy should be driven by the membership, the rank and file should help formulate, advocate policy and this engagement evolve into more than the typical "pat on the head" manifestations of the past. Cut to the chase, the Liberals always advocate grassroots policy input, but to often it feels like appeasement, superficial outreach, rather than a true "roll up your sleeves and dig in" expression.

Summerville sees the membership driving the debate, his proposals(not all adopted, but still relevant to sense philosophy) to date attempt to remove policy power from the leader, rather than this person dictating to the membership, he/she becomes a conduit, a spokesperson for the ideas articulated and approved by ordinary Liberal activists. Summerville also offers ideas on curbing the power of Caucus, not all of which I agree with, but the overall spirit is spot on and long overdue. In reviewing the final amendments Liberals will be voting on, I note the Leader veto is on the table, as well as the Leader's capacity for amendment.

Summerville brings a lot of experience to the table, beyond that there is a revolutionary underpinning to his thoughts, concepts that will impact how the National Policy Chair interacts with the membership. The Liberals need to empower the rank and file. If Liberals are to move from an elitist entity to a true egalitarian movement, wherein membership matters, then we require people in positions of influence who understand what must occur to ensure future political relevance.

I will be voting for Paul Summerville at the coming Liberal Convention, and would encourage others to give his candidacy some consideration.

Email ThisBlogThis!Share to TwitterShare to FacebookShare to Pinterest
Labels: liberals