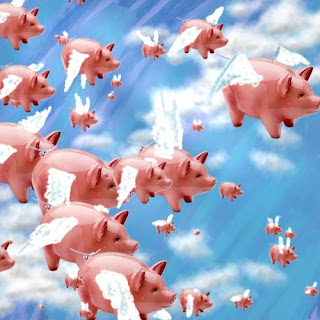 Now I understand why Harper has suddenly endorsed the release of the report, on the cost of the Afghanistan mission. Does anyone doubt, Harper doesn't have knowledge that this report will NEVER be released during the election?:

But Kevin Page, Canada's new Parliamentary Budget Officer, announced that he now feels comfortable releasing it during the election campaign because all political parties in the House of Commons have consented.

Still, Mr. Page said, said it could be “weeks” before the report is out. The election is 27 days from today.

“The independent report outlining the estimated financial costs of Canada's mission in Afghanistan is expected to be completed and released in the coming weeks,” he said.

“The … [office] is finalizing its analysis related to the costs of veterans' programs, after which the complete report will be submitted for peer review to its international advisory panel,” Mr. Page's office said in a statement.

Mr. Page wasn't entirely clear on exactly when the report would be released, but a staffer in his office said the intention is to make the study publicly available before Oct. 14.

Weeks? Less than four of those left, and you know things tend to get DELAYED, especially while we wait for peer review, which is bound to have a FRIENDLY voice or two. Mr. Page might be saying the right things, but I will be shocked if this report comes out before the end of the election (especially when it the window for release equates to the last days, best case scenario). I wondered why Harper was so quick to change his tune, now we have our answer.

Most Canadians have two working ears and a brain between to decipher the tape for themselves. Seems Harper has just given them permission to do so.

We could ask for an executive summary of the report on Afghanistan, couldn't we?

Not sure, but I still think you can delay it for a few weeks. I bet the pricetag is a doozie.