Proof, that every "technical" depression has an upside. 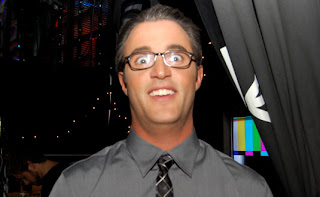 I've never seen Canadian Idol but my son is addicted to the American version. I have to leave the house while it's on. Just stop it. We don't need these shows. Ugh.

I've never understood the attraction to "reality" shows. Inform and/or entertain me, thank you.

Reality is want happens when the TV is turned off. It's called life.

My favourite is Survivor.

Really, in between shootings they stay in luxury hotels. And I am convinced that the game is fixed because you have to believe that one of the losers would have sued by now. They had to get something to keep them quiet.

Anyway, my idea for Survivor. Put all of these folks in a survival situation and leave them there for a month. After that period go back an anybody still breathing receives $1 million.

Makes for lousy television I guess but it would certainly be more "real" than what the creators of that show are peddling.

The show has been cancelled, right?

I'm sure this related story is cold comfort to those 600 a week before Christmas; & here I thought it was the godless LIBERALS & Socialsts who were at war with Christmas.
Who would have known that the LITTLE PAPER THAT GREW was not only the scion of the TELLY but also Simon LeGree.

weird - I thought the only reason for its existence had to be that it was a moneymaker!

I guess CTV has to pay for the Olympics and if it does then cutting Ben is a good start.

Am I a bad person for not feeling the least little bad about Sun Media and their troubles?

Too much competition in the unLiberal biased media - all those conservative, right wing papers - too, too many and now the results show it.

Besides, the Sun is a garbage newspaper anyway. Hype up crime, sex and scandals and somewhere in there is some sort of news.

Ben still has that pathetic E-Talk, again trying to copy the US and thinking they are oh so cool.

Hey, maybe Ben will get into politics - ugh.